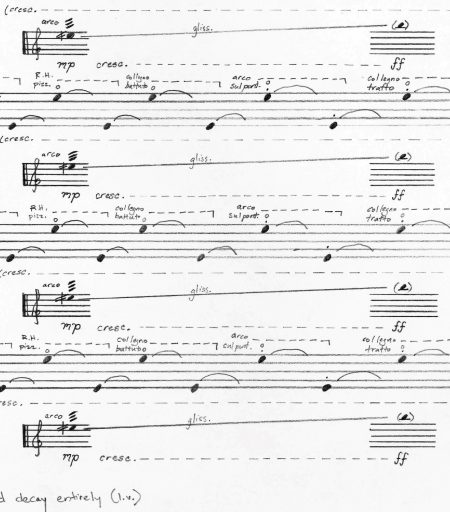 Written for Eric km Clark’s Simplified Violin, this two-part piece uses a four-string unison scordatura (all four E-strings tuned to E) in four-part indeterminate canon. Each string plays the same material, with much of the hocketing and counterpoint at the performer’s discretion.